🎭 Quebec's 735kv power lines can survive the apocalypse, but can they run TCP?!

Quebec's 735kv power lines can survive the apocalypse,
but can they run TCP?!

The challenges involved in designing and maintaining the most efficient power grid on earth,
and some of the lessons software engineers can learn from grid operators. 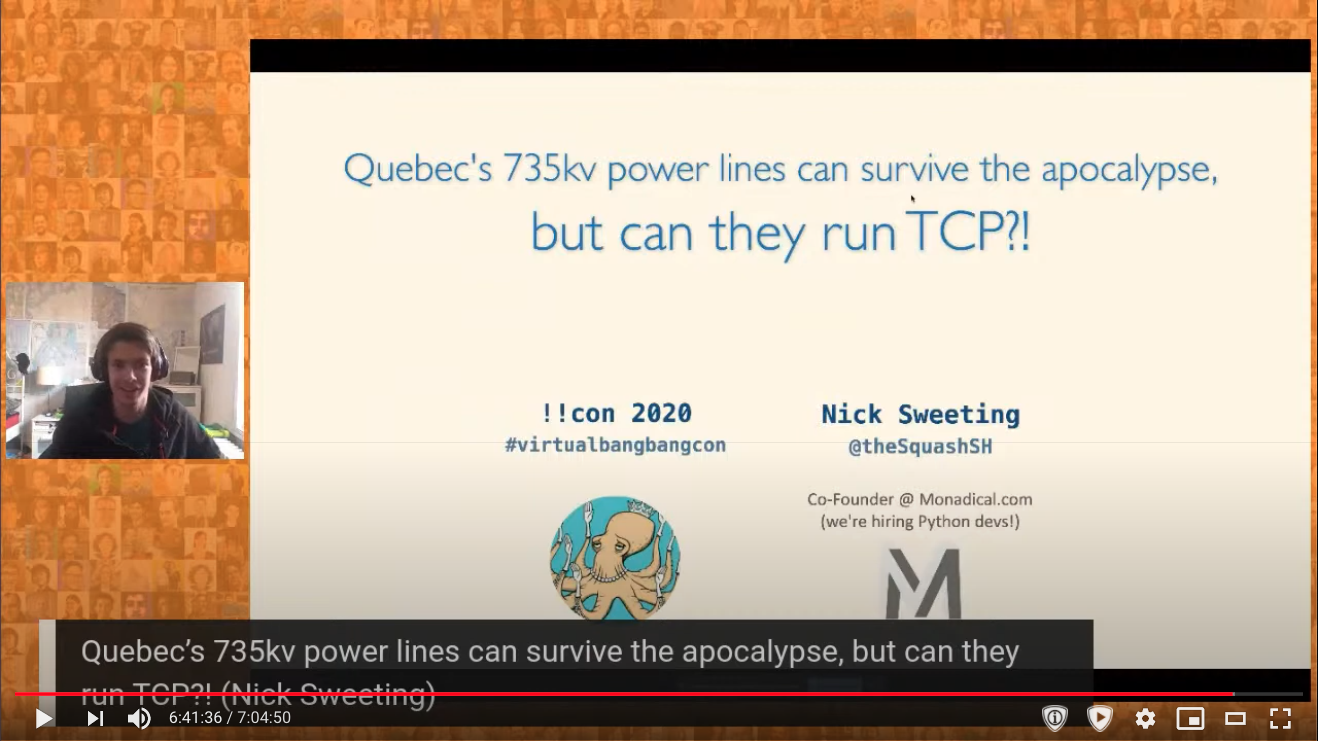 Quebec built the world’s first 735 kV power line in 1965, and was the highest-voltage, longest-distance network for decades before the rest of the world caught up. Even today it’s still seen as “bomb-proof” by the rest of the world, and is often used as a model. But it wasn’t always that way…

When a massive ice storm took down 36,000 power pylons overnight in 1998, Quebec had to rebuild and restart their power grid from the ground up. Let’s do some failure analysis and learn how big power systems around the world are designed to fail gracefully, and what happens when they don’t. (P.S. TCP over power lines totally works)

Nick Sweeting is the co-founder of Monadical in Montreal, and his favorite bike paths all run under power lines. He’s a Django developer by day, and rogue internet archivist / power grid investigator by night. He likes learning about how big systems fail, and thinks thyristor halls look neat. 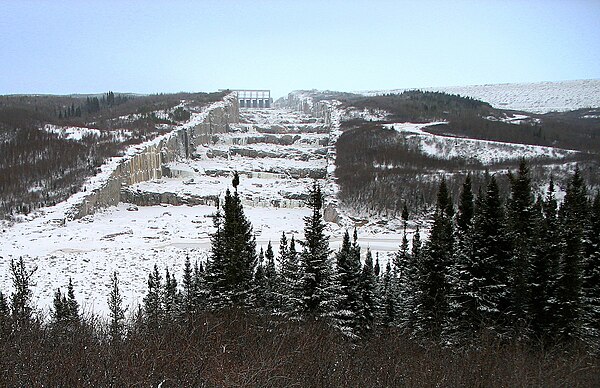 In addition to the six 735 kV power lines that stem from the James Bay Project, a seventh power line was constructed as an 1,100 kilometres (680 mi) northward extension of an existing high-voltage direct current (HVDC) line connecting Quebec and New England. This power line expansion was completed in 1990. As a result, the direct current power line is unique because there are multiple static converter and inverter stations along the 1,480 kilometres (920 mi) long power line.[8] It is also the first multiterminal HVDC line in the world. The ±450 kV power line can transmit about 2,000 MW of hydroelectric power to Montreal and the Northeastern United States. In the North American ice storm of 1998, five days of freezing rain collapsed 600 kilometres (370 mi) of high voltage power lines and over 3,000 kilometres (1,900 mi) of medium and low voltage distribution lines in southern Quebec. Up to 1.4 million customers were without power for up to five weeks.

Changing the transmission system to create loops to deliver power over more than one path: 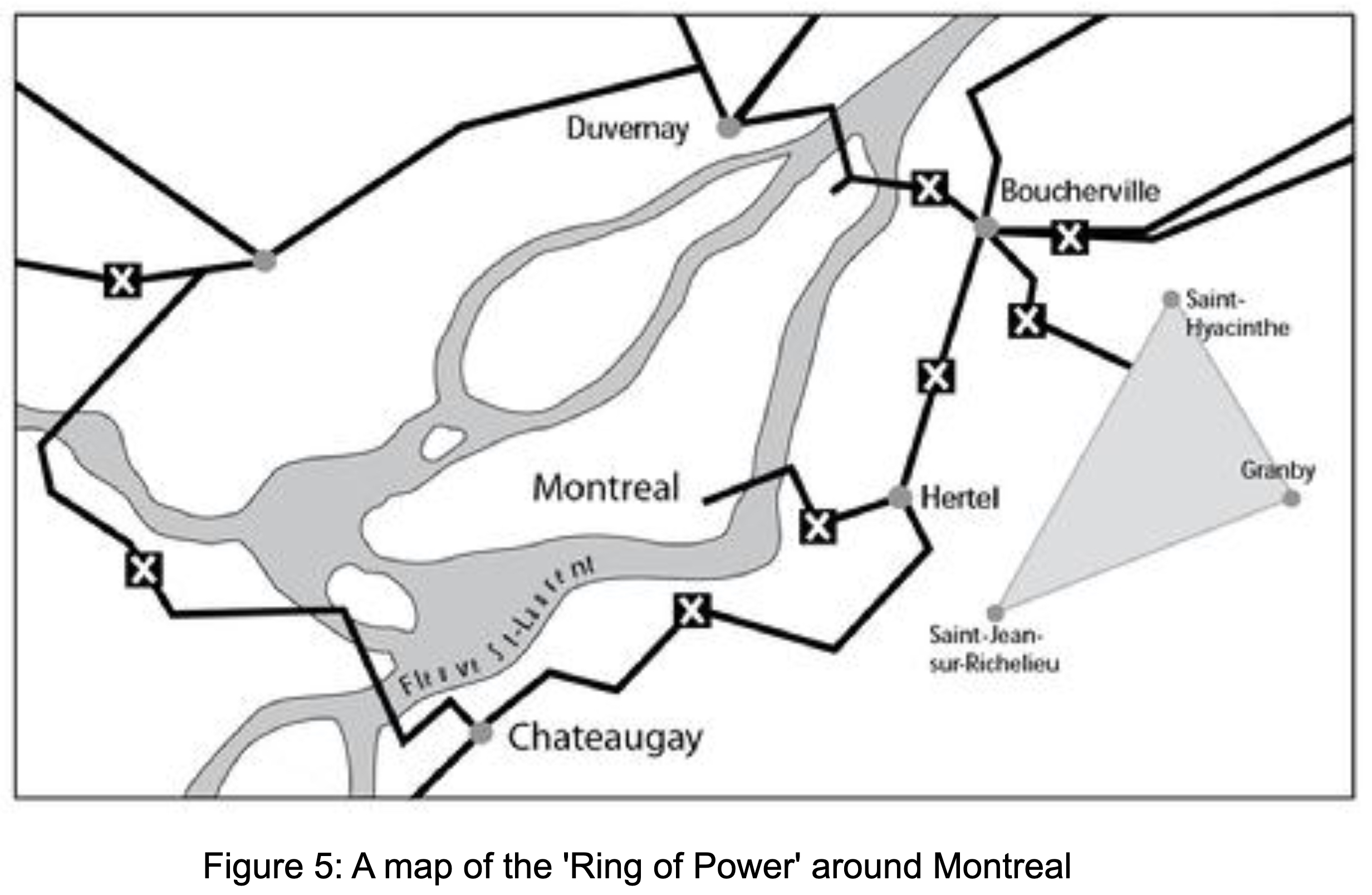 The Levis De-Icer is a High voltage direct current (HVDC) system, aimed at de-icing multiple AC power lines in Quebec, Canada. It is the only HVDC system not used for power transmission. In the winter of 1998, Québec’s power lines were toppled by icing, sometimes up to 75 mm. To prevent such a damage, a de-icing system was developed.[1] The Levis De-Icer can use a maximum power of 250 MW; its operation voltage is ±17.4 kV. It can be used on multiple 735 kV AC power lines. An ordinary 735 kV line with a bundle of four 1354 MCM conductors per phase, requires a de-icing current of 7200 A per phase.[4] At −10 °C and wind velocity at 10 km/h, it would take 30 minutes of current injection on a phase to melt 12 mm of radial build-up of ice. 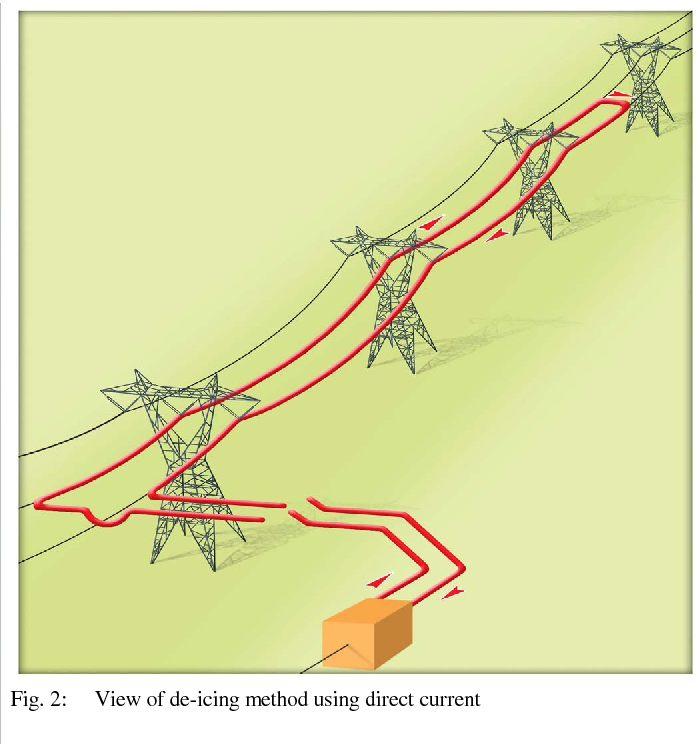 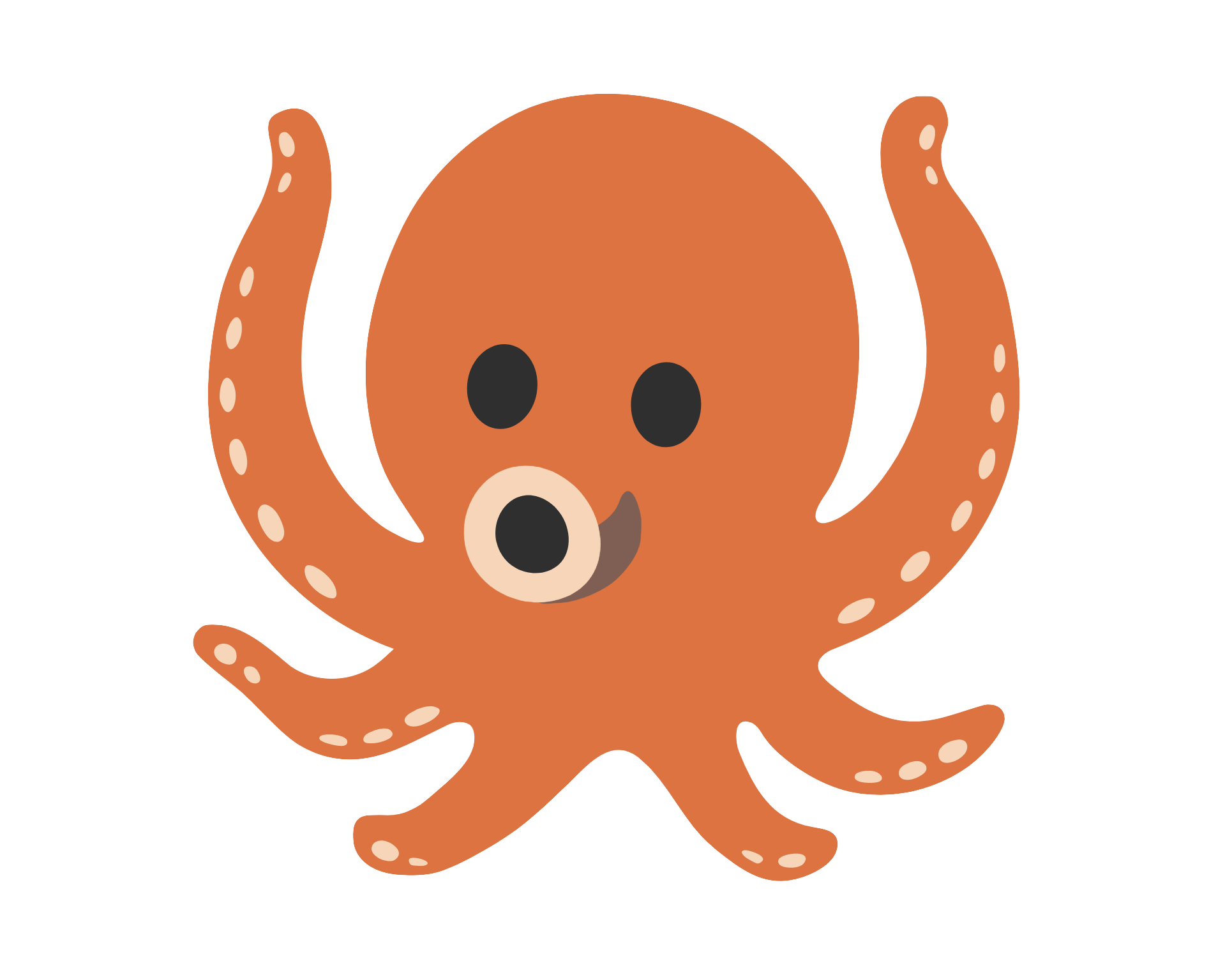 Contact me on Twiter @theSquashSH for corrections or suggestions!
If you liked this, check out our full-stack software development consultancy Monadical.com!


You're welcome to use content from or portions of the talk,
as long as you give credit to both this talk and the relevant primary sources I cite.